Large houses have shown the greatest resilience in the face of South Africa’s first recession in over a decade, according to data released on Monday. 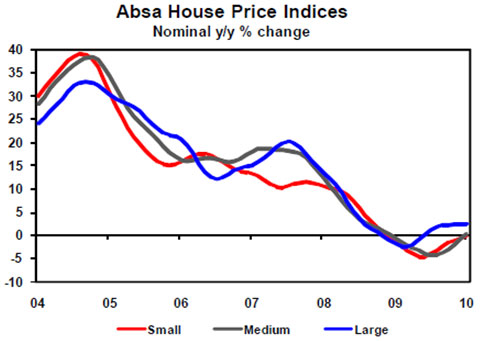 “Keeping in mind that the positive effect of lower interest rates will gradually wear off towards the end of the year, nominal house price growth of about 6% in 2010 is currently projected,” Du Toit said.